It’s every girl’s nightmare. Falling in love with a guy that turns to be a 5-year-old in a $2K suit. The horror! 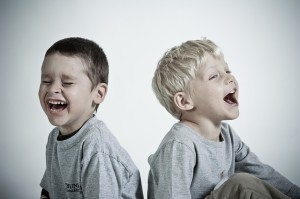 If he’s still staying in his childhood bedroom, because he love’s mom’s cooking and not because he cannot afford his own place, that’s a red flag.

This shows a man who cannot live (read: survive) on his own because he lacks basic skills like cooking,paying bills, cleaning his home, going grocery shopping etc.. If you don’t want to adopt a child but have a partner/boyfriend, this mamma’s boy needs to man up!

Yikes. If your guy doesn’t seem capable of keeping his job for more than three months this shows a rather erratic, irresponsible behaviour. This looks like a person who cannot abide by simple professional and corporate rules to keep his job, he prefers the easy way out, living with his parents or free-loading at a friend’s house.

Never taking up the blame

He loses his job, it’s his boss’ fault. His ex leaves him, she wasn’t emotionally available. He cannot pay his bills, it’s the economy.

A man child cannot take responsibility. He tries at all costs to refuse accountability about anything going wrong in his life. A responsible, confident man on the other hand, stands up and admits to his mistakes and gaffes. Which one would you rather have next to you?