This strange video features an animated vagina, penis, boob, bum and hand who make up the new cast of a sexual consent campaign.

The playful characters act out various scenes where one makes a sexual advance and the other says no. In one, the dancing penis rubs up against the vagina before it says: “Hey.”
The schlong backs off and says: “My bad.”

And in a poster to accompany the project, the chirpy vagina declares “Only if my other lips say yes”. 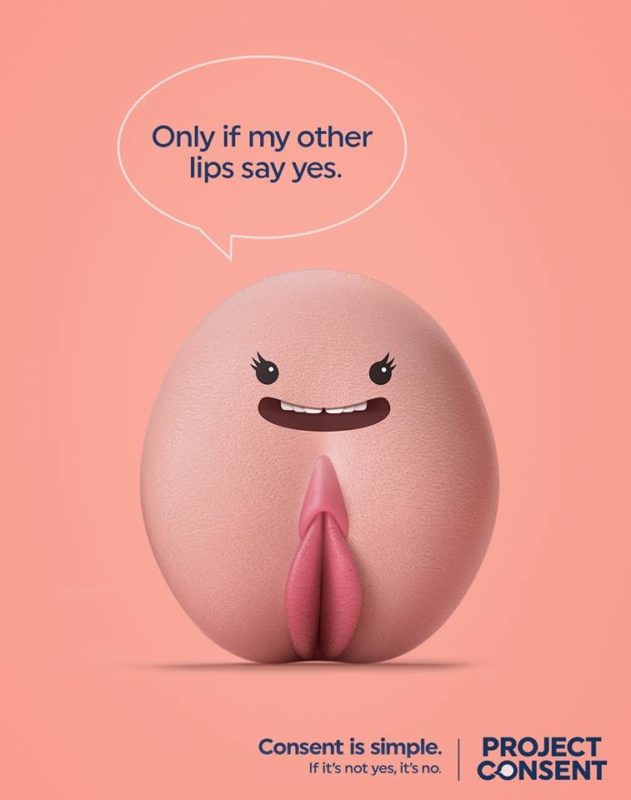 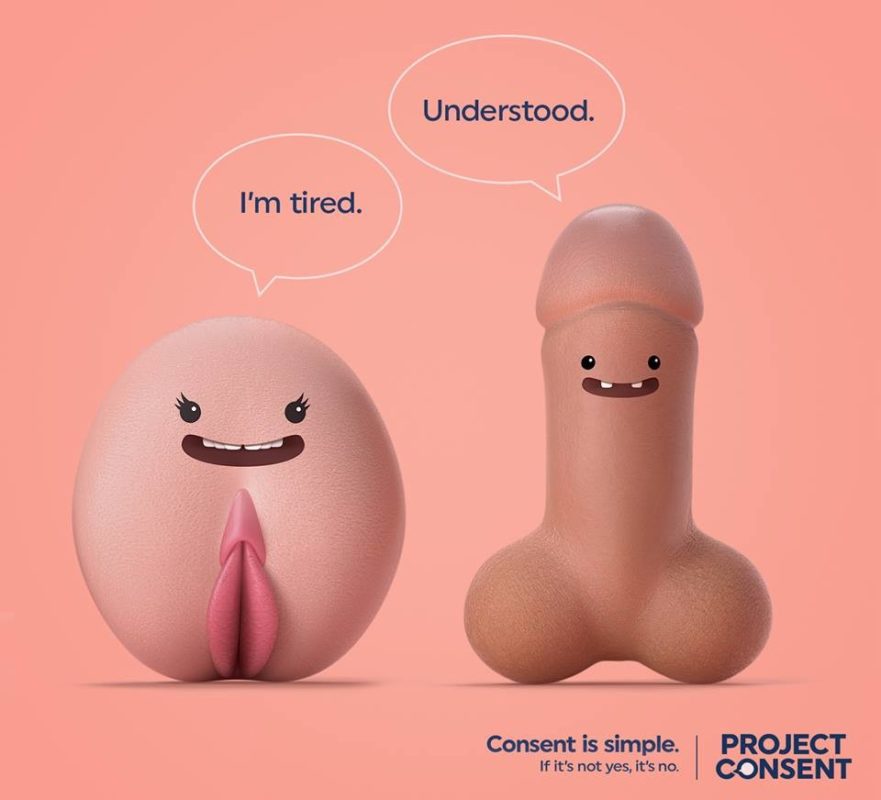 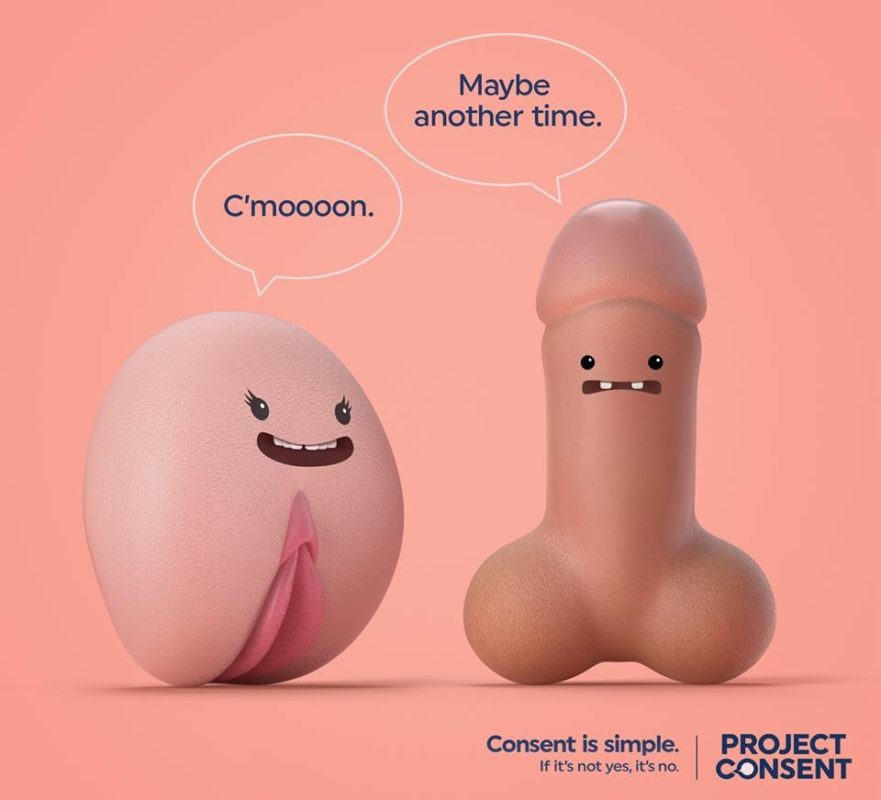 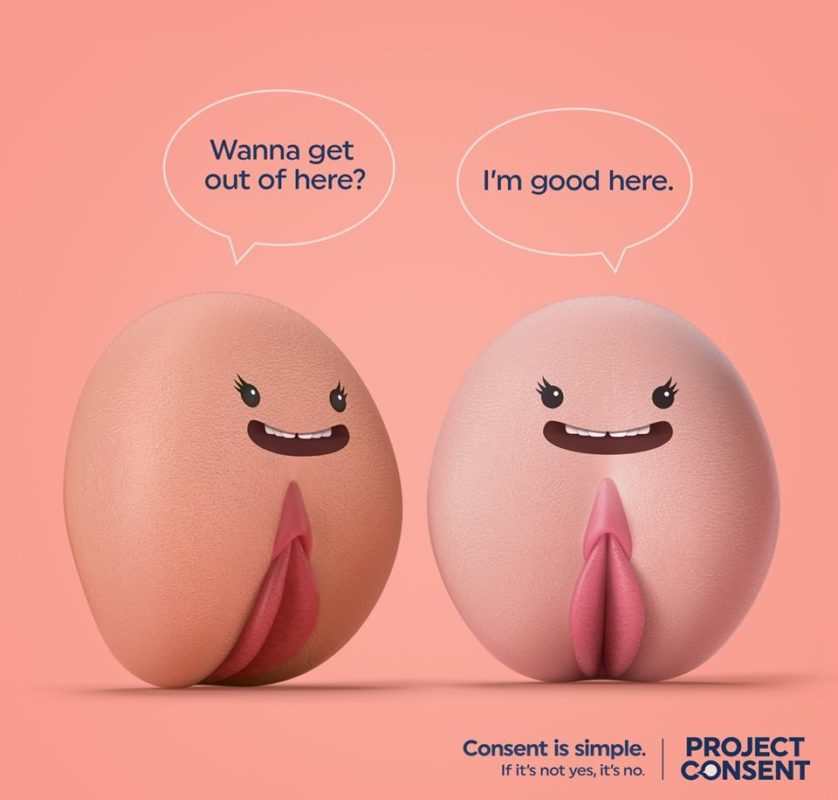 The clips which come from a Toronto-based advertising company were made for charity Project Consent amid fears of the rising levels of sexual assault.

Project Consent’s slogan for the campaign read: “Consent is simple. If it’s not yes, it’s no.”
Terry Drummond, from Juniper Park, the advertising company responsible for the videos, said: “The goal of the campaign is to get people to see consent differently.

“It isn’t a messy and complicated issue. Again, it’s simple. If it’s not yes, it’s no. We chose to be more direct.

To learn more about Project Consent, visit their website here.