You are at:Home»Lifestyle»Sunny Leone Had a ‘One Night Stand’ Today is a Must Watch!
Last Updated: May 6, 2016 | By: Garima Tyagi Lifestyle
Twitter Facebook Google+ Pinterest Whatsapp

Director Jasmine D’Souza has done a great job, the movie has an interesting story and Meet Bros and Tony Kakkar has given an amazing music in it. And yes, of course ‘SUNNY LEONE’ itself is the main reason to watch this movie.

Review: ‘One Night Stand’ connects to the emotion..along heart and soul.

Director Jasmine D’Souza’s Bollywood movie “One Night Stand” starring Sunny Leone, Tanuj Virwani, and Nyra Banerjee, has hit the theatres today and seen attracting the audience. This film is a ‘One Night Stand’ and focuses on how that one night changes the lives of the participants. Tanuj Virwani plays the role of a man who gets obsessed with the character played by Sunny Leone.

ONE NIGHT STAND starts with a flashback which is narrated by Urvil (Tanuj Virwani) from his past which is defining his today. The flashback starts where Urvil meets married Celina (Sunny Leone) at an event and both of them has the eponymous one-night stand. After that, Urvil comes back to his home in Pune, where his beautiful and dutiful wife Simran (Nyra Banerjee) waiting for him. Things are absolutely smooth between the couple, until one day Urvil accidentally met Celina and the things from past freshen up and gets translated into his desperation to meet her again. Thereafter begins his unending quest to hunt down Celina. And what happens next forms the crux of the story. As “One Night Stand” is a romantic thriller film high on the erotic quotient, but claims to offer a message to the public.

Sunny Leone has put a lot of effort and it’s come out in a way as a good performance, shows in the film. Sunny has done more than a skin show in this movie.

And on the other hand, Tanuj Virwani have done justice to his role, after watching the film one has to admit that, with ONE NIGHT STAND he has improved a lot as compared to his earlier two films. Nyra Banerjee, who plays Tanuj Virwani’s wife in the film, shows immense promise as an actress and is also the most natural performer.

The film has very good music tracks like ‘Do Peg Maar’ and ‘Ijazat’ which had already a chartbuster. The film’s background music is given by Sandeep Shirodkar which is good.

Overall “One Night Stand” has something that connects to the emotion..along heart and soul. 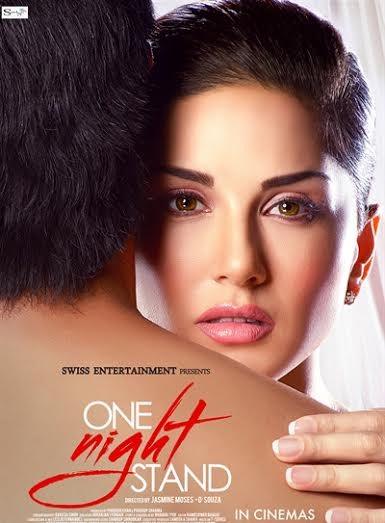