Alternative rock is the term used to define the music genre which became a big boom in the 90s. This rock genre originated in the 80s and was initiated by bands such as Pixies, The Smiths, The Stone Roses, R.E.M., Sonic Youth, and The Cure. Alternative rock influenced the youth culture in a big way, especially in United States and United Kingdom.

The transition of the alternative sound was witnessed by the world passed on to 90s bands such as Radiohead, Nirvana, Oasis, Smashing Pumpkins, Foo Fighters, Weezer, Hootie & The Blowfish, Soundgarden, Pearl Jam, and Red Hot Chili Peppers just to name a few. MTV, the music television played a big role in letting music be known across the planet. Although, George Harrison of The Beatles claimed that they invented MTV, the most intense appreciation of artistic music videos was felt in the 1990s. Big music labels like BMG, Sony, Epic, Warner Music, and Parlophone generated millions of dollars from different artists across U.K. and U.S. 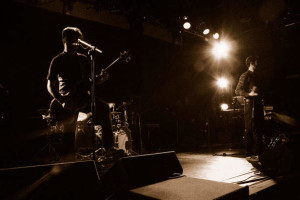 Nirvana played one of the biggest roles in the explosion of alternative rock. Their #1 hit single ‘Smells Like Teen Spirit’, started the what music enthusiasts called ‘The Grunge Explosion’. Shortly after Kurt Cobain’s self inflicted gunshot to the head which caused his sudden death after few successful album releases of Nirvana, the Britpop movement, headed by bands like Oasis and Radiohead, killed grunge music.

Just when the year 2000 started, alternative rock started to fade as a once strong youth culture. Few bands display the residue of the alternative scene. Bands like The Strokes, Interpol, The Vines, and Jet sound like a revival of the older sounds, more of between the 70s and 90s. Today’s more prominent rock ‘n’ roll genre is called ‘indie rock’, a shortened word for ‘independent.