Dipa Karmakar (born on 9th August 1993) is an Indian artistic gymnast from Agartala. She is the first Indian female gymnast to qualify for the Olympics. After 52 long years an Indian gymnast has qualified for the Olympics. She held the 15th spot out of 34, in the Olympics qualifying event in Rio on 17th April. 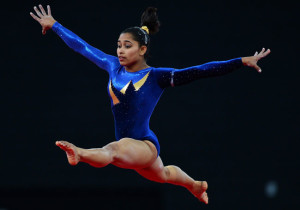 This 22 year old finished 4th in the 2014 Asian Games, losing out to Olympic medalists. She is the first Indian female gymnast to bag a medal at the Commonwealth games. She is a pro at the difficult Produnova vault. Only 4 other gymnasts have aced it. After she qualified, she sent the SMS “Hum qualify ho gaya.” to her folks. “Will try my level best in Rio” said Dipa Karmakar. 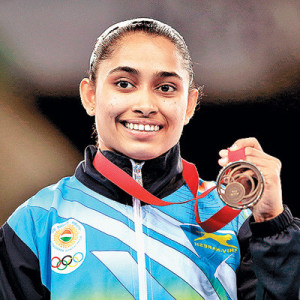 There is a beautiful quote by Ayn Rand which says- “The question isn’t who is going to let me, it’s who is going to stop me.” She has proved that no one can stop you if you have the will and courage to do it.
Congratulations Dipa Karmakar! The country is so proud of you.