This report came online a while ago, but I recently read this report and thought of sharing this beautiful heart melting true saga with you.
42 year old Amina Hart, a woman from Australia was tired waiting for the right man and the perfect marriage, like all of us. She faced a lot in her life as she buried her kids at a young age due to illness. 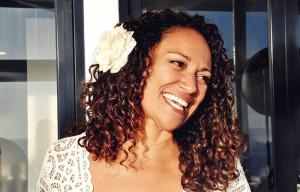 Amina wanted to be a mother again and decided to go with IVF. She was offered with 3 options from which she chose ‘the one’ sperm donor. She chose the donor who already had 4 healthy kids.
Nine months later, Amina had a beautiful daughter, Leila. She always wanted a possible way for her daughter to meet her father. Amina was raised by an independent single mother and she never wanted that thing to happen with her daughter, Leila. So she decided to find her donor.

Amina contacted the donor, Scott Anderson, a cattle farmer in Australia through the agency and sent him a thankyou email along with a lot of pictures of their beautiful and healthy daughter. Scott was very eager to meet her daughter as she resembled with his other kids very strongly that he couldn’t resist meeting her. After 6 months, Amina got an invitation from him to visit in Phillip Island.
Finally they all met with each other just before Leila’s first birthday. Scott and Leila started sharing a very strong bond and he insisted Leila to call him ‘Dad’. That was the time when Amina and Scott gave it a shot. They started meeting up once in a week. 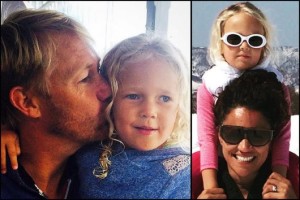 In a short time, they fell in love. Once they went to a pub for a beer when Amina told him “I think you should kiss me”. He felt a bit scared at first because he thought she was out of his league. One day, Scott went out to buy milk and actually bought a ring and proposed Amina. The couple got married in Sorrento, Victoria. Amina also wrote a memoir “How I Met Your Father” as a tribute to her late kids Marlon and Louis. Hopefully, her story might translate into a movie. 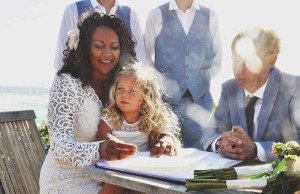 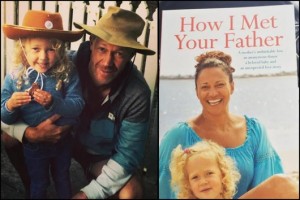