The days when companies conceptualized new products and services and sell them to naïve, didn’t-know-better consumers are long gone. In the wild storm of social media, smartphones and critical consumption, consumers are now becoming more demanding than ever, they won’t make do with products that are below their expectations.

According to trendwatching.com a scouting trend firm, the new consumer is a presumer; an active, opinionated individuals who demands to be part of the production process, from funding new consumer products to promoting, pre-launcing and finally getting it out there on the market.

The presumer is an emerging consumer model is different from the mindless, gullible consumer of previous decades. The presumer loves to take part in the process of making a product or service. The presumer’s role is no longer confined to consuming a service, but has a say in how the product is created, promoted and used like. The presumer’s feedback and likings are all taken into consideration so that the product is not yet another generalized concept, but a personal matter, serving a real need efficiently. 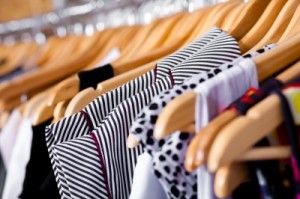 Consumer buying what they want to see on the shelves

This emerging trend of presumers has advantages for both companies/brands and consumers themselves. For one thing brands:

No longer have to recycle old ideas, their own consumers solve this brainstorming issue simply be contributing their needs and how they’d like those to be realized.

Funding which is another thorn in getting new ideas realized is also taken care of as consumers through crowdfunding channels manage to raise respectable amounts of money for the production of goods they’d love to have.

For the consumer this presumer trend is an exciting development:

Products and services are becoming more personal and are more than ever flexible so as to reflect each consumer’s needs and idiosyncracies. Customisation is gradually becoming an integral part of most products.

Being an active part of the production as well as the consumption stages, consumers acquires a different kind of loyalty to the brand, which makes the relationship less impersonal and more meaningful for both. Finally, the consumer is not looked down as a naïve buyer but a critical individual who won’t act (read purchase) if not interested in true ways.