For many women, children and career are two incompatible concepts. There are those arguing that once someone decides to have children, raising them must be a priority and there are those who believe the two can be symbiotic and manageable. In fact many public figures seem to juggle both career and motherhood effortlessly (see Angelina Jolie, Jenifer Lopez, Miranda Kerr).

No matter where one stands on the matter, it is ultimately a personal decision that no other person can be judgemental about.  Of course, society inadvertently has forced women into thinking that a good mother is one that is 100% devoted to her children. This has been undergoing a makeover for some decades now, but still there is a long way to go for changing this preconception entirely. In fact, many women refuse to do both, choosing personal advancement over motherhood. 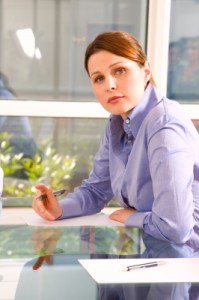 The eternal debate: motherhood Vs Career

A woman should decide, she has the right to choose one over the other, or choose to do both -and excel at them. In the end, is not a question of what’s the right thing to do. It is a decision of happiness; one does what one feels is right. It seems that no other criterion is as valid as happiness. One is free to choose what will make their life happier- whatever that might be.

Whilst one woman might feel that motherhood is their call and that career was  just the medium and resource for making motherhood possible (money wise), for career-conscious women, their  professional achievements and progress cannot simply be compromised and underperformed for the sake of motherhood.

Perhaps, we are focusing on the wrong side of the matter, we shouldn’t be concern with what women owe to do, but what happens after they made their choice; the support and help they get or don’t get. For instance if a staying at home mother decides- after raising her child for 5 years- to re-launch her career, she will most certainly face ‘mother’ bias, discrimination, even condemnation for her choice.

Evidently,  this is one of the reason why women are afraid to devote themselves to motherhood, in fear of not being able to find work again. So they decide to do both, or give up on the dream of motherhood altogether.