“I have sex before marriage or outside of marriage”, my choice..

Do we really need a Bollywood celebrity to tell us what women empowerment really is?Bollywood known for objectifying women and imposing arbitrary standards of beauty on women has only promoted sick mindsets and consumerism in the broader light.What comes as a surprise is the flawed concept of feminism being portrayed in the video that also smells of elitism.Vogue Empower’s My Choice  starring Deepika Padukone along with 98 other women has left astonishingly the women brigade red faced who are questioning the very choice of watching such a distasteful and misleading video. 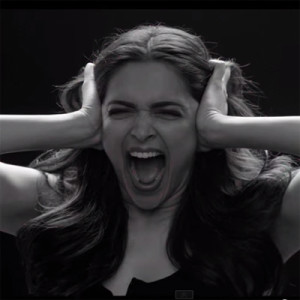 Pulling the other gender down,slapping a rapist tag on every male,demanding absolute freedom doesnot  upgrade women.Rather it leads to anarchy,lawlessness,chaos and total breakdown of human relationships and society.

If this is feminism, then gender equality means

Every sexual offender is justified because,its his choice!

Every husband who cheats on his wife is right because its his choice!

In fact every damn criminal can commit any damn sin because its his damn choice!!