Kangana Ranaut is known for her bad ass comments and no fear persona. Her ratings have never been higher and after the interviews, she gave to Rajat Sharma, Rajeev Masand and Barkha Dutt, and now a new All India Bakchod video has been added to the mix.

She very cleverly serves tea to people more than one can count on fingers, dragging Karan Johar for saying she plays the victim card, parodying scenes from his film, calling out actors for having women half their age play their ‘love interests’, etc.

The video of a little over 7 minutes manages to allude to loads of things she finds wrong in the Bollywood industry. Here are 10 of them: 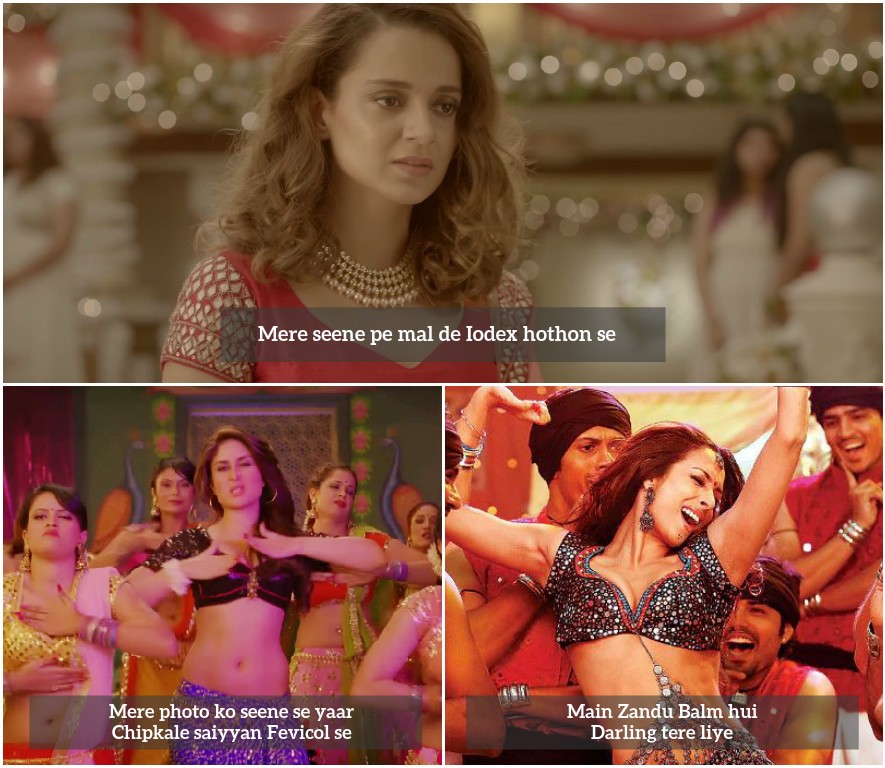 The first dig she takes at is at the songs played by Kareena Kapoor Khan and Malaika Arora Khan. The original song, she is supposed to sing in the movie is “Mere scene pe mal de Iodex hothon se.”
The Zandu balm from Malaika Arora Khan’s ‘Munni Badnam’ has been replaced by its sibling, Iodex. And while Kareena asked her lover to stick her photo to his chest with Fevicol in Dabbang 2’s ‘Fevicol Se’, Kangana is supposed to ask her lover to rub Iodex on her chest with his lips?

What is the difference between both, right? When Kangana says to the director that it would be stupid of a physicist to ask her lover to rub iodex on her chest, the director does not pay any heed while when the same thing is suggested by the lead then the director not only accepts it but also praises him.

In an interview with Barkha Dutt, she told that how a director would prefer her giving suggestions to him about the movie in private and not in front of everyone. All this, so that his ego is intact and later he can present those suggestions as his own. 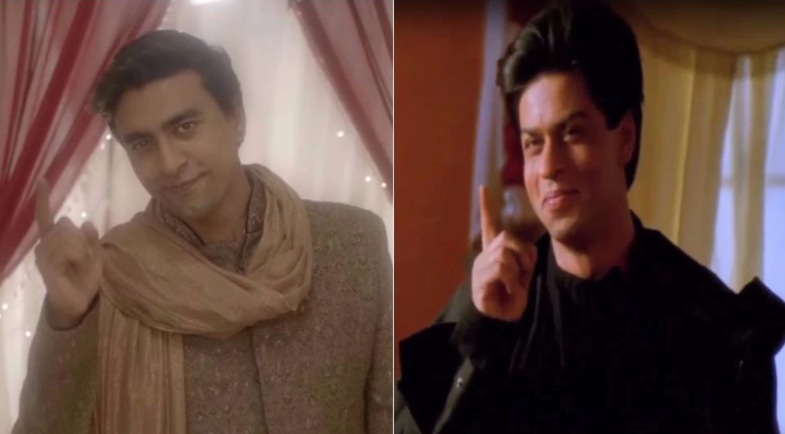 The entrance of the hero on the sets of the movie is copied from Karan Johar’s Kabhi Khushi Kabhi Gham, where Shah Rukh Khan enters and Jaya Bachchan greets him.
It is all chosen due to the disaster of an episode of Koffee With Karan in which Kangana called him a movie mafia and flag-bearer of nepotism.

The cleavage issue from Deepika’s controversial picture was also raised by her. In 2014, a leading daiky posted a picture of Deepika’s cleavage showing without her permission and when she objected to it, they posted another article saying “Here are some pictures of Deepika that she got shot voluntarily in REAL life…”.

Her line about the actress being a doctor in poland was hinted towards the directors showing their actresses as intellectual only on the surface while all her life and actions stupidly revolve around her love interest.

Deepika was a doctor in Yeh Jawaani Hai Deewani, Jacqueline Fernandez plays a psychiatrist in Kick and Parineeti Chopra plays a scientist in Hasee Toh Phasee. Today many heroes boost of being feminist and having the name of their female lead displayed before their own but still there is a huge pay gap between both genders. In the recent list by Forbes of highest paid actors, Shah Rukh Khan was on top with the income of almost thrice as much as that of Deepika. 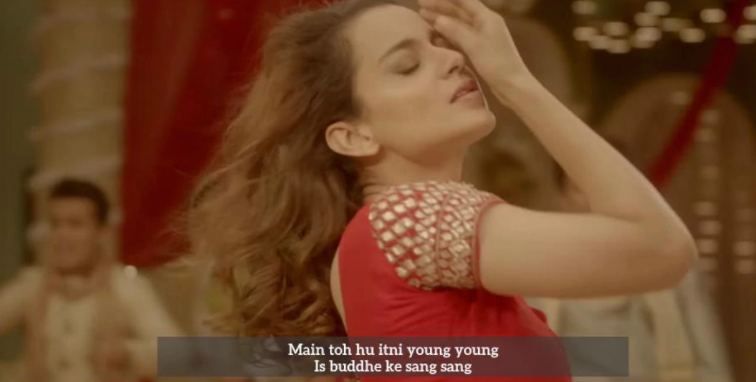 Kangana also broods over how the young actresses are made to romance rthe actors of almost double their age in the movies. Akshay Kumar, at 50, was cast opposite Bhumi Pednekar, 28, in Toilet Ek Prem Katha recently and Salman Khan romanced Anushka Sharma, 20 years his junior in Sultan. Soon, Rajinikanth (66) will be seen possibly romancing Amy Jackson (25) in 2.O, which would make their age difference 41 years.

She also calls out the fact that the older actors of Bollywood are offered lead roles in the movies while the older actresses are pushed to sell detergents and soaps.

This one is totally about the fact that many actors have been launched in Bollywood by their fathers and we need not think much for who she refers here to. Hrithik Roshan was launched by his father and the whole parody also feels like the song Bole Chudiyan from K3G.

And finally this jab at Karan Johar for accusing her of playing the victim card on his Koffee With Karan interview. In an open letter, she wrote how she was instead playing the ‘badass card’.