You may have seen your favorite Bollywood stars act their part as the hero who falls in love with “ONE” girl and spends his lifetime with her. But, the reality is that monogamy is not easy to maintain in Bollywood. Take a look at these Bollywood celebrities who cheated on their spouses. 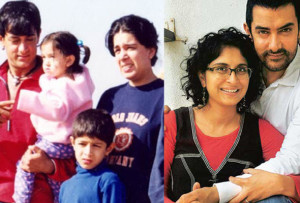 An early marriage to Reena supposedly broke many hearts right after Aamir Khan’s first film Qayamat Se Qayamat Tak hit the theatres! But the couple’s 15-year marriage came to an end when rumours of his alleged affair with assistant director Kiran Rao made news during the shooting of Lagaan. The actor was also in the news for having a love-child named Jaan with British journalist Jessica Hines!

UK businessman Raj Kundra was previously married to Kavita, his wife of three years. But sparks flew when he met the gorgeous Shilpa Shetty after her win in the TV show Big Brother. Kavita accused Shetty for breaking their marriage and also went on to file a complaint against both of them! 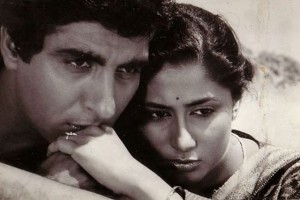 Raj Babbar was married to Nadira when he met Smita Patil and both fell in love with each other. Raj Babbar divorced his wife and married the superstar actress Smita Patil. Later Smita Patel died of postpartum complications while giving birth to son Pratiek. After that his first wife accepted Raj Babbar again in her life. 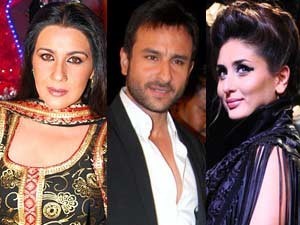 Saif Ali Khan and Amrita Singh parted ways after a 13-year marriage. The reason was Saif’s alleged link-ups with several actresses in the industry. However it was Rosa Catalano, his Italian girlfriend who caught the fancy of the young Nawab; the two dated for a couple of years till he broke up with her for Kareena Kapoor. The actor is now married to the Bollywood diva, Kareena Kapoor.

He was happily married to Prakash Kaur with two children, Sunny and Bobby. But it was Hema Malini in which he found his dream girl. Their love story began on the sets of Tum Haseen Main Jawan, and it was five years after their blazing chemistry in Sholay, that the two decided to tie the knot in 1980. Both of them converted to Islam, as Dharmendra’s first wife was not ready to divorce him. 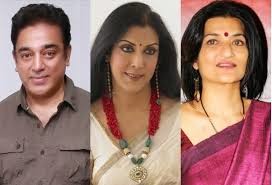 Superstar Kamal Hassan was married to Vani Ganpathy when he met Sarika and the two started affair. He divorced his first wife to marry Sarika. Later on he fell in love with actress Simran Bagga and Sarika filed for divorce. 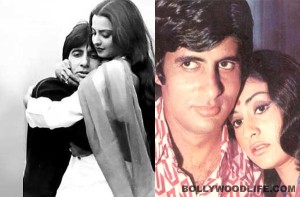 Once lovers, Big B and Rekha do not even acknowledge each other today. But, we know there was definitely some silsila going on between the two. His affair behind wife Jaya’s back was known to all. In fact, the movie Silsila is said to be an on-screen depiction of the real-life love triangle of Amitabh, Jaya and Rekha. Fortunately, his marriage with Jaya survived. 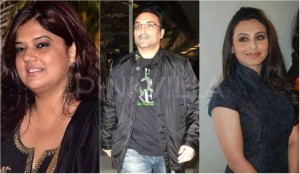 Aditya married his college sweetheart, Payal Khanna in 2001 and filed for divorce in 2008. After keeping his relationship with Rani under the wraps for so many years, the couple finally came out and according to sources, Rani and Aditya had a private wedding. 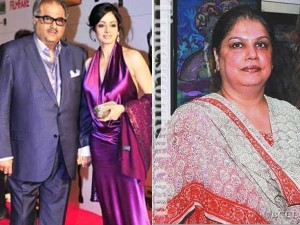 Boney’s wife Mona Kapoor gave struggling actress Sridevi a place in her house to stay. Little did she know about the brewing romance between hubby Boney and Sridevi. Their affair became public when Sridevi got pregnant. Soon, Boney filed for divorce and married Sridevi. The couple are married since 16 years and have 2 daughters together. 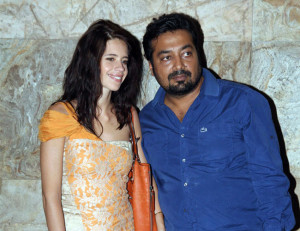 Anurag was married to Aarti Bajaj however, his romance with Kalki Koechlin took a turn. Anurag got divorced to marry Kalki. Now the couple have separated ways. 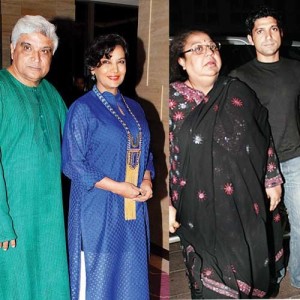 Javed Akhtar was married to Honey Irani with two kids, Farhan and Zoya. He fell in love with Shabana Azmi