You are at:Home»My Story»Drunk Woman Pulls Cop and Kisses Him Passionately: God Help Him If He Is Married!
Last Updated: July 27, 2017 | By: Shilpi Singh Bisht My Story
Twitter Facebook Google+ Pinterest Whatsapp

Kiss is a very harmless gesture but it can land you in a jail and this is what exactly happened to a woman who, on Wednesday was driving in a drunk state and hit a divider on the bypass at Chingrighata Mor in Kolkata. The 38-year-old woman was accompanied by another man and also a woman in the car. Now, if people will break rules like this, they will either end up in jail or in absolute another world!

After the accident, a taxi driver tried came forward to help her, but she started assaulting him. And then came the worst part, when a constable from the Bidhannagar police station tried to get her out of the car, the woman pulled him and started kissing him. This is a situation which is rare and the Kolkata Police does not encounter on a daily basis, a local woman was asked for help, and the woman was led to the police station. 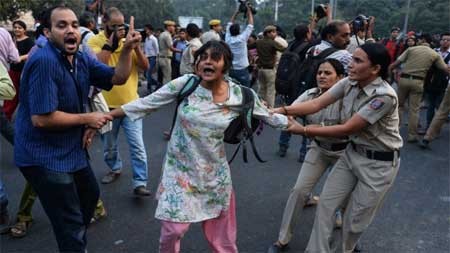