You are at:Home»Lifestyle»A Question To Rape Survivors: ‘What Were You Wearing?’ Answered By This Art Exhibition!
Last Updated: September 16, 2017 | By: Shreya Agarwal Lifestyle
Twitter Facebook Google+ Pinterest Whatsapp

More than often this is a question asked from sexual assault survivors implicating that they could have prevented their assault if they had worn better clothes, clothes that could have been less revealing:

“What were you wearing?”

A very powerful art exhibition in the University of Kansas titled ‘What were you wearing?’ aims to debunk this myth. It features 18 stories of sexual violence and representations of what each victim was wearing at the time of their assault. The outfits include a bikini, a young boy’s yellow collared shirt, a sexy red dress and a T-shirt and jeans. 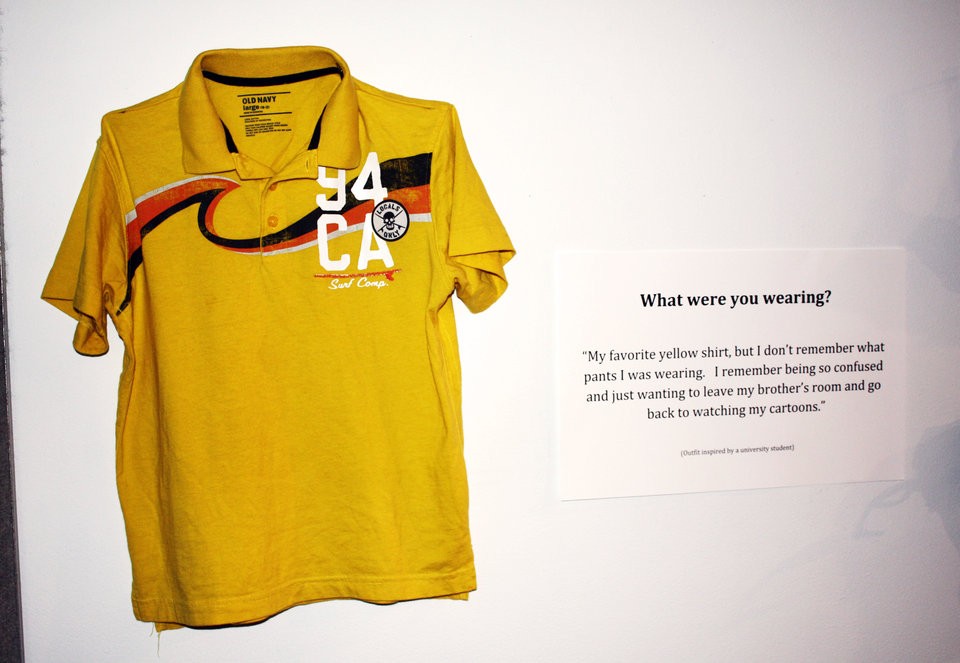 The aim is to promote awareness about sexual violence and to combat victim-blaming.

“Participants can come into the gallery and see themselves reflected in not only the outfits but also in the stories,” Brockman said. “To be able to create that moment in this space where they say, ‘Wow I have this outfit hanging in my closet,’ or ‘I wore this week.’ By doing this we could hopefully reveal the myth that if we just avoid that outfit then we’ll never be harmed or that somehow we can eliminate sexual violence by simply changing our clothes.”

Brockman said the reactions to the gallery have been overwhelmingly positive.

“When survivors come through, what we hear expressed often is validation because they’ll share with us: ‘This was my outfit. What’s hanging on this wall right now is what I was wearing,’ or ‘That’s my story. That story is just like what happened to me,’” Brockman said. “It’s not the clothing that causes sexual violence, it’s the person who causes harm. Being able to find that peace for survivors and that moment of awareness for communities is the real motivation behind the project.” 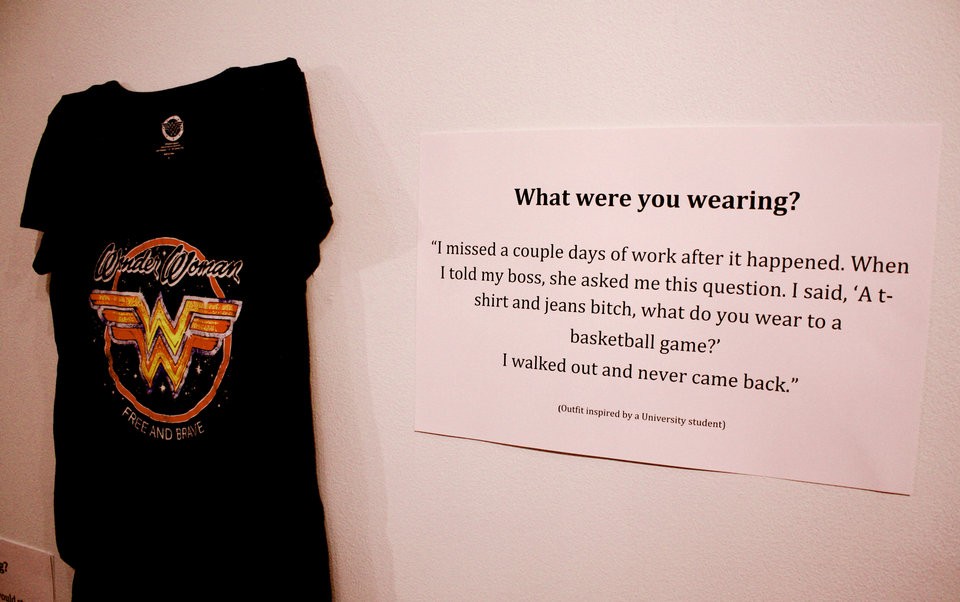 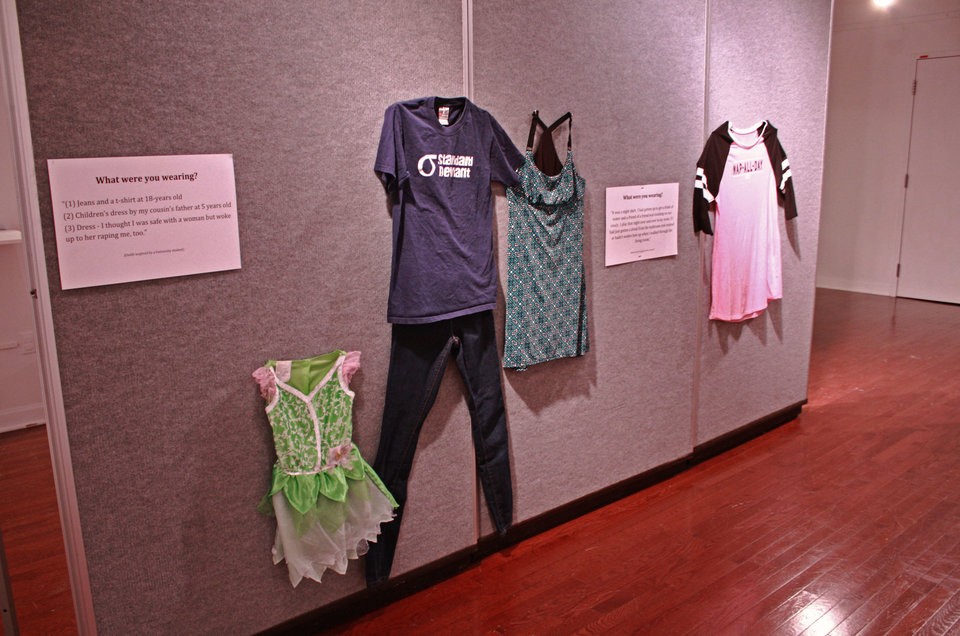 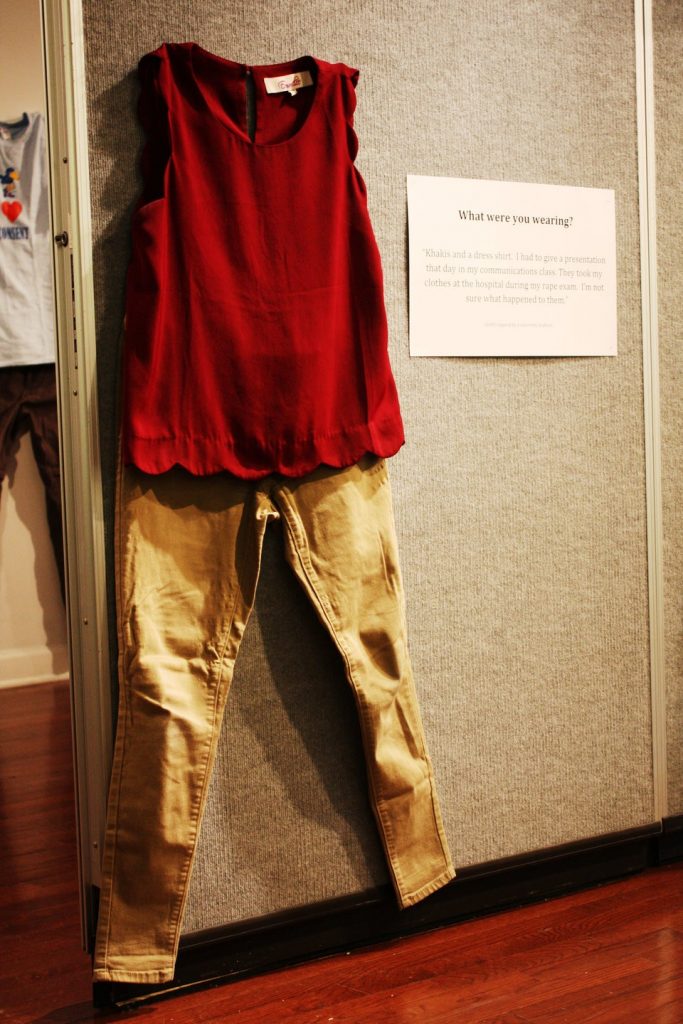 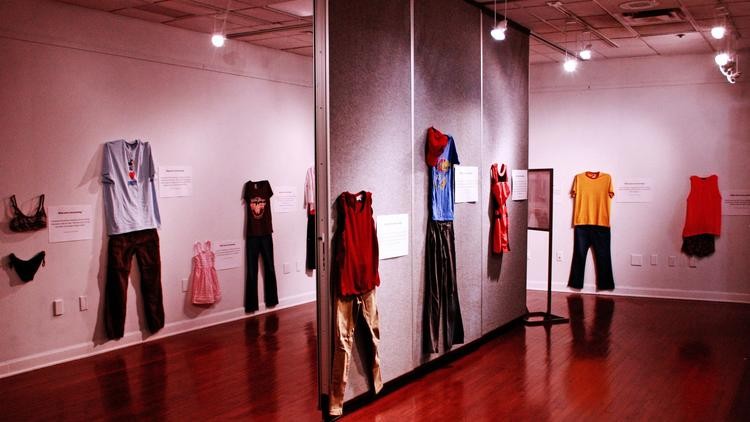