2013 was declared the year of FOMO. People obsessively devoured social media feeds and inhaled tons of memes, pointless chats and what not, all in fear of missing out (FOMO). Apparently, great things were happening online and not following your Twitter timeline could mean you’d be the last to know.

2014 is the year we consciously unplug and live in the here and now.  JOMO is not so much a trend as a reaction to the mindless obsession of being 24/7 online so as to be the first to tweet and like seemingly important news. But is your friend’s 428thselfie something you’re so terribly afraid of missing out on? 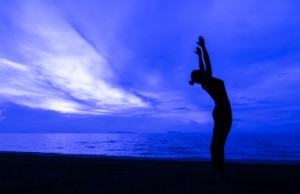 After a head-first indulgence in social media consumption and broadcasting, people are now taking a step back and evaluate this dangerous habit. FOMO is the false urgency and importance we attribute to whatever goes on online.

Those quick to realize it are the JOMO proponents. The reaction to this unhealthy, compulsive habit of always being connected is luckily endorsed by a wider community. So, from mindfulness promoting apps, to meditation programs and organizational culture makeovers, people are reminded that life happens somewhere beyond social media.

It took us too long to realize what we were actually missing out on was life itself. Mobile tech is becoming aggressively invasive, so what the JOMO trend champions is our ability to prioritize, to say no to meaningless invites and say yes to what and who really matters.

For a while we got distracted, we lost sight of what was truly significant but thankfully, we’re tuning back to a mindful, appreciative mode of being, where the joy of missing out is actually living a distraction-free life.