Sometimes photos not only speak a thousand words but also show a thousand realities!

The German photographer’s image shows a group of seemingly relaxed young Americans with the burning towers in the background. The picture was published in 2006.The photograph is now considered as one of the defining images of the September 11th attacks. 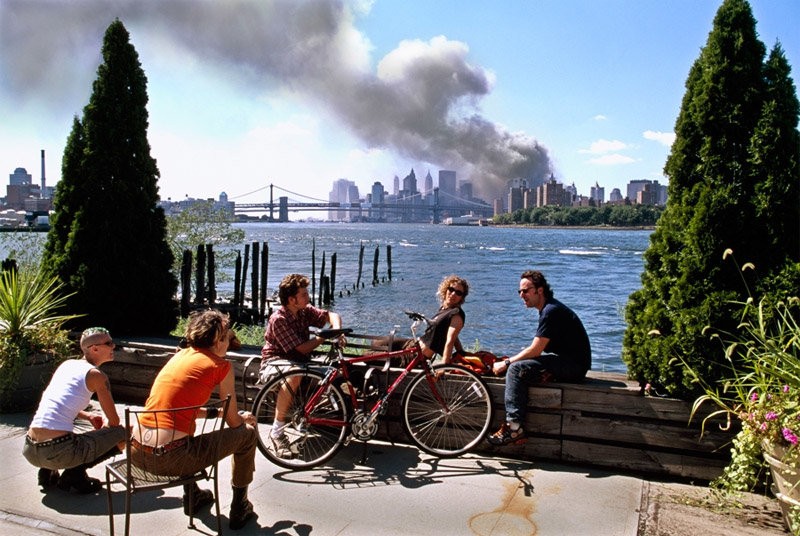 This Pulitzer Prize winning photograph became a shocking representation of the fatal realities of Sudan’s famine. The photographer, Kevin Carter photographed a toddler who had stopped to rest whilst crawling towards some food, as a vulture waited close-by. Many were concerned with the fate of the girl and criticized Carter for not helping the child, calling him “another predator”. Carter later committed suicide, making reference to the devastating images he had been exposed to in his suicide note.

Richard Drew took a number of photographs of men and women who chose to jump to their death. “The falling man” depicted a man in what has been described as a ‘calm’ moment whilst falling from the tower. Many opposed the publishing of the photo, citing that the image was too disturbing. This disturbing image of Iraq war is by photographer Chris Hondros. An Iraqi family failed to stop at a checkpoint and were soon confronted with bullets from the American soldiers. Hondros photographed the 5-year-old Samar Hassan, crying whilst covered in her parent’s blood. 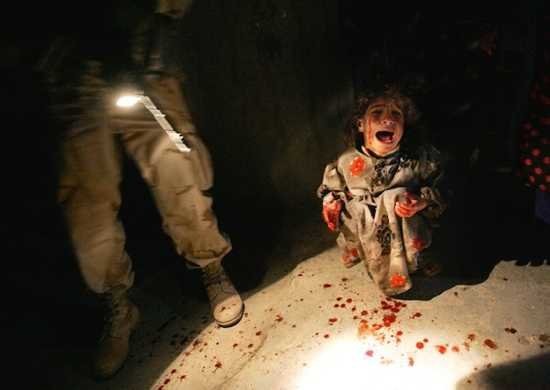 Stanley Forman’s photograph won a Pulitzer Prize and caused the updating of legislation regarding fire escapes in the United States. Two girls are captured falling after a fire escape collapsed beneath them. Taken by Jean-Marc Bouju, this image from the Iraqi war both shocked and touched the world. The prisoner and his son were being held at a US army base camp and the father had been hooded and handcuffed. The boy was terrified by the sight and the man’s hands were later freed to enable him to comfort his son. The image was awarded the 2003 World Press Photo of the year. 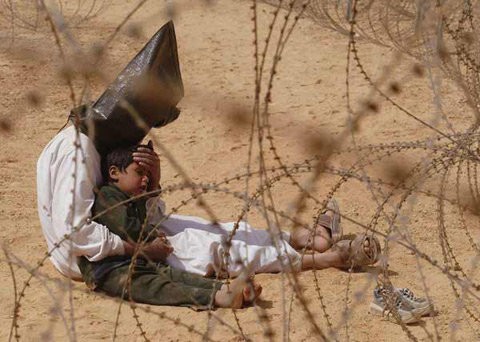 A group of Buddhist monks held a protest against their oppressive treatment by the Catholic regime. Quang-Duc, a 66-year-old monk set himself alight in a meditative position and remained still and silent as the flames help him. When this was captured by photographer Malcome Brown, it gave the world a glimpse of the situation within the country and even prompted President JFK to step in. 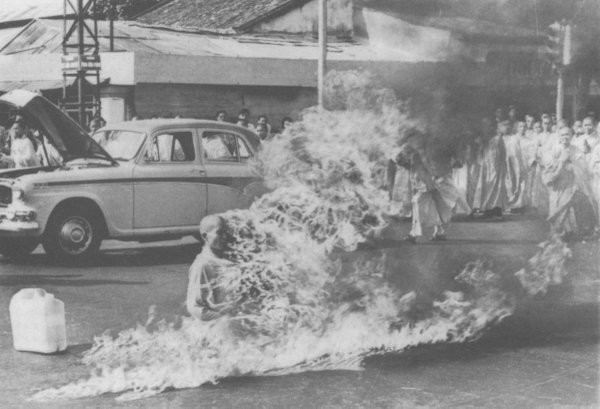