Let’s talk decisions. Do you make life-changing decisions in the dark or outdoors? Do you give up, hands midair saying life is beyond your control?

Irrespective of religion and cultural environment, fate is a belief many people occasionally visit. People often regard fate as their life’s master when tough decision-making is involved. A study published in the Journal of Psychological Science looked into voters’ attitude towards fate. They discovered that voters find it hard to make a decision between the two US candidates back in 2012, were far more likely to be fate-believers. 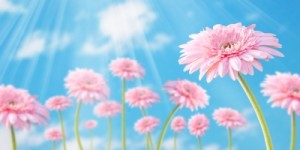 But what does that mean? Do we resort to fate just to avoid making a touch decision?

Partly yes. It’s easier to blame fate for a decision’s outcome, than it is to make a decision and hold yourself accountable should things go awry. Proclaiming our powerlessness over our life somewhat eases the pain and struggle that is involved when we must make a tough decision.

This obviously raises questions as to how skilled and emotionally mature we truly are. Critical decisions can indeed be overwhelming, but do we really want to forsake control over our very own lives?

A NorthWestern University research that involved 6 studies looked at how lighting affects our mood and decision-making. The researchers discovered that bright light lets people experience emotions with added intensity, more likely because bright light is perceived as heat or warmth. For instance, in bright light chicken tasted spicier and fictional characters came across as more fierce, while women were regarded more attractive.

So, would light intensity be the key to making mature decisions? If bright light intensifies our emotional reaction to a concept, person or decision then dim light might be the way to go. Who knew, ambient light would give you control over your life once again.