Menstruation is an awkward subject for girls to talk about most of the times. We all talk about how menstruation is a huge taboo in our country. But this story can either change your perception or it will make you hate your country even more for this. This is about a temple that will break all the taboos of menstruation.

Kamakhya temple is a famous temple situated on the Nilachal Hill in Guwahati, Assam. This temple is dedicated to the tantric goddesses. Apart from the Kamakhya Devi, this temple consists of 10 other avatars of Kali namely Dhumavati, Matangi, Bagola, Tara, Kamala, Bhairavi, Chinnamasta, Bhuvaneshwari and Tripuara Sundari. 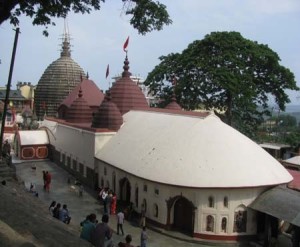 The origin of the temple:

The temple of Kamakhya is one of the 108 Shakti Peeths. Shakti Peeth-there is an interesting story behind this. Sati once fought with her husband lord Shiva to attend her father’s great yagna. Despite his approval, she went there. Sati’s father, Daksha insulted Shiva by not inviting him. Sati couldn’t stand her husband’s insult and committed suicide. 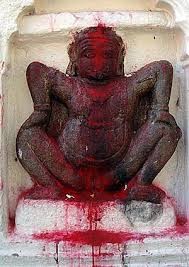 Lord Shiva got furious, when he got to know about her demise. He placed Sati’s dead body on his shoulder and did ‘Tandava’- the dance of destruction. Lord Vishnu cut the dead body with his ‘chakra’ to calm him down, parts of which fell in 108 different places. Later on, those are known to be Shakti Peeths. In significance, it is said that sati’s womb and vagina fell in Kamakhya temple. 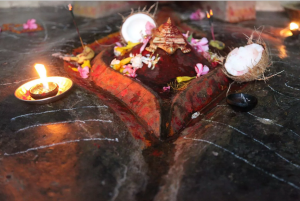 It is said that in the month of Ashaad (June), the temple has an annual fertility festival called Ambuwasi Puja in which the goddess is said to be on her yearly menstrual cycle. That is why, the temple remains closed for 3 days and opens up on the 4th Day with great festivities. It is also said that during this time the Brahmaputra River turns red. That holy water is distributed among the devotees of Kamakhya Devi. Some people say that the priests pour vermilion into the waters. There is no scientific proof for this, if it actually turns red or there is any other reason for that. 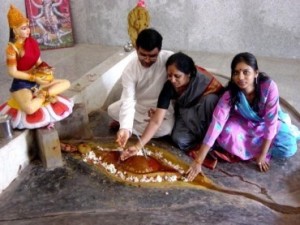 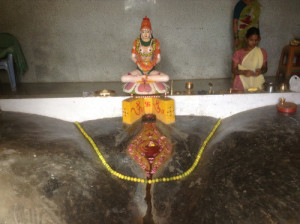 It is ironic that people visit the temple and some even claim that it is the most auspicious place in the country, but conversations still turns into whispers when we openly talk about menstruation!