You are at:Home»My Story»Can You Imagine Being Allergic To Your Husband? Well This Woman Is!
Last Updated: August 12, 2017 | By: Shreya Agarwal My Story
Twitter Facebook Google+ Pinterest Whatsapp

Johanna Watkins is 30 and allergic to almost everything and everyone, including her husband Scott, 29!
She’s been diagnosed with mast cell activation syndrome, a rare and progressive immunological condition that has forced her to live in isolation in their home, in Minneapolis.

When they first started dating in 2012, she started to develop sensitivities to a lot of things people are allergic to — gluten, dairy — things that would be very common. But her symptoms slowly worsened and her allergies really accelerated when they got married in 2013. Two years ago, it just started getting out of control.

They went to dozens of doctors but none could tell what was wrong with her. Johanna was diagnosed with mast cell activation syndrome in January 2014. They knew the disease but it didn’t mean that they knew the cure too!

This disease was making her immune system hurt her instead of protecting her!

Controlling her environment meant preventing her disease from worsening, so from past one and half year she has been living in isolation. Her throat is always tight and her body is in constant pain but this is all normal for her, she faces it everyday! 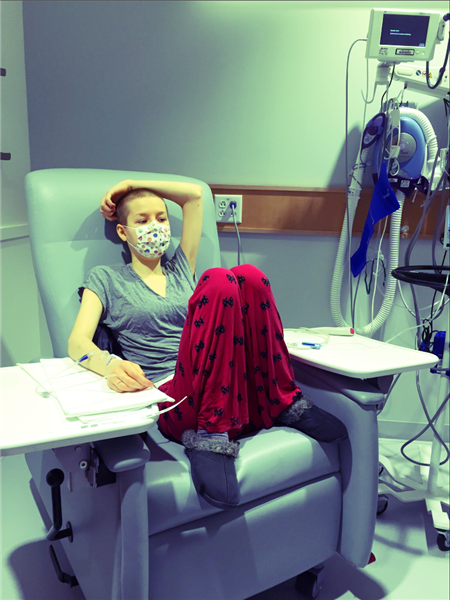 She is allergic to everyone except her closest genetics- siblings. Even her parents can’t go near her!

She is stuck on the ground floor of her house and her husband has provided her with every facility that he could, according to him if she is stuck in a place for unforeseeable future, he wants that place to be beautiful.

They talk on phone, haven’t kissed for a year and half and watch shows together with both watching the same on their different TVs. 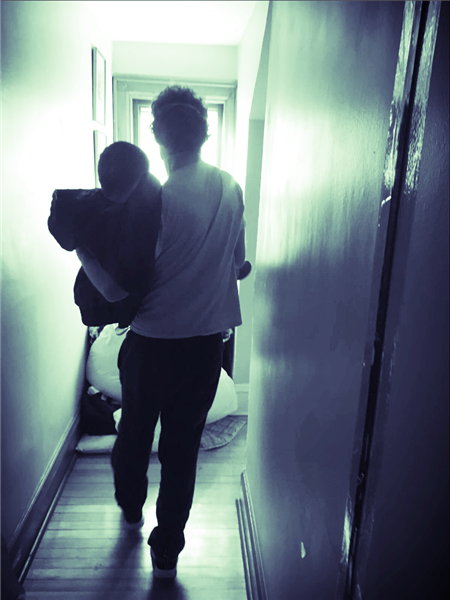 The woman is clearly the strongest woman and very healthy psychologically!

Together they have their days of joy, there is sadness to but they move on!