If the Mayans are to be believed, or rather our interpretation of their calendar, we are approaching End of the World. It has taken centuries for humans to reach this level of development. What was probably, an individual’s struggle to survive every day, at every cost during Stone Age is still very much there now- much magnified and stakes are quite high. We invest. We compete. The strongest takes away the prize.

End of the World: A New Venture

America is believed to be almost a plutonomy where most of the wealth is owned by just 1% of population. Capitalism, at this point of time, doesn’t seem to be the ideal, lucrative way for society. But how possible it would be if world is to end and start anew – in a society where all humans are equally deprived of all materialistic advantages. All this time when we are speculating the end of the world, analyzing the feasibility of a capitalist society in the new world, of course, can’t be frowned upon!

The problem with every ideologically sculpted society structure is that, after a certain period of time it becomes oppressive- even when aiming for the greater good all the while. Human existence is based in necessi 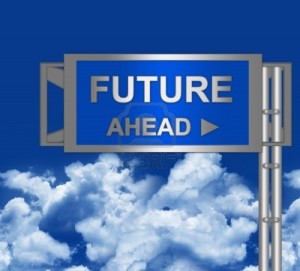 ty. Afterall fending for oneself is the sharpest instinct in every individual.
The free society that we aim for would require us to value each person for his own ability. The material existence of humans is what has been driving us to progress. Every other aspect of society is conditioned and determined by human labor. Isn’t that one of the simplest rules in a capitalist society?

“A system of open markets, unambiguously regulated by an activist state and one which the state intervenes to reduce greater inequalities that competitive markets will inevitably generate.”
If the socially responsible Capitalism is to be the new world, I won’t mind dying this 21st December.