Emo-punk, more simply referred to as ‘emo’ is a youth subculture which originated in the early 2000s. The idea of emo-punk started as a musical movement, specifically by U.S. based bands which emerged from hardcore or heavy music to more poppy and heartfelt or emotional rock ‘n’ roll sound. Emo bands such as The Used, The Ataris, Dashboard Confessional, The Get Up Kids, My Chemical Romance, Fall Out Boy and the like, popularized the sound with dramatic and depressing lyrics which are usually talking about broken relationships and being heartbroken.

Music enthusiasts claim that emo-punk started to be felt in the industry in the 80s with bands like Lunchmeat, Dag Nasty, Fire Party, and Beefeater to name a few. It then was passed on to 90s bands such as The Smiths and Jawbreaker but was recognized obscurely. 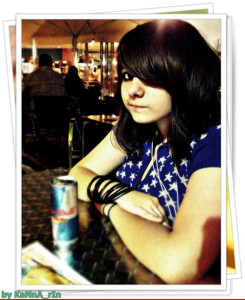 For its worldwide acceptance, especially to teens, emo, a shortened term of the word ‘emotional’, became not only a huge rock music era for 2 to 3 years, but also became a big phenomenon in the field of fashion. Emo fashion is characterized by black wristbands, studded belts, straight, medium, shaggy, jet black hair with long one-sided bangs, tight shirts and jeans, flower or star-designed jackets and caps, and lip piercings.

One big controversy about the emo subculture was the growing numbers of youth committing suicide, getting their inspiration from angst-ridden and overly depressing lyrics of emo songs. The concept of emo sign like the cross-eyed hanging teddy bears came from those incidents. The emo subculture started to fade out in the late first decade of the year 2000 and was slowly replaced by pop culture with artists such as Justin Bieber and singers who emerged from U.S. reality singing contests.